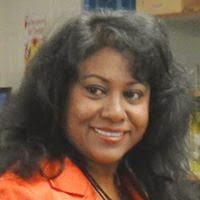 I'm a dreamer. Forgot walking through woods with bluebells that I copiously described from the works of my favourite author, Enid Blyton. When I decided to write it was not because of the castles and trips I took in books during my school-aged years, nor the encouragement of teachers, or the generous praise of friends. Quite the contrary.  I was determined to create a resource that would fulfil the dreams of another. Of several others, as a matter of fact.


My book would be called, Model Answers for Management of Business. In the competitive world of education in Trinidad, any book touting ready responses to prepare pupils to pass the challenging, rigorous Advanced Level exams issued by the University of Cambridge, were coveted. Model Answers were essays and calculations to the questions asked in past exams, and to anticipated ones in the future. Internet was not available thus resources were scarce and revered - veritable bibles for the young who took the two additional years of high school. The exams were set and marked by foreign professors who knew the students only as numbers. Paper 1 and Paper 11 declared the results. The results decided university entry and occupational mobility.


When I was placed at the secondary school at which I taught prior to immigrating to Canada, I was flabbergasted when the Head informed me I'd be teaching Bookkeeping and Office Procedures. I countered, and reasoned. One did not need a university degree to teach those courses. Then I refused. I'd go back to my old school even though I had spent over 47 24-hour days commuting the year before. At least I was using my tertiary knowledge to teach Accounts and Principles of Business there. But I had one last plan to stay in the school in my hometown before executing my dare.


"I'd like to pioneer an Advanced Level subject," I requested to the Head of my department. "Management of Business (MOB)".


The short of it is that I visited other schools where the new curriculum had found favour, and armed with advice, past papers, syllabi and textbook lists, I stood at 5'5" (three inches were from shoes) and promised the somewhat dubious Head and an even more dubious Principal that I'd make the school proud. They had only known me for a week but I knew me for over two decades. I'll deliver.


Fast forward two years later and the first MOB results. 13 out of 14 full passes. The 14th student received an Ordinary level grade. 93% pass rate was historical. The school's name was proudly mentioned, and the Head and Principal were elated. Meritocracy undergirds the reputation of teachers and mine was made. The results over the ensuing years reinforced my subject matter competence, and I was recognized as an expert in my field.


Thus I started the manuscript for model answers. But like the MBA in Human Resources which I left at registration when I moved to Canada, the books, too, took another focus. The Certified Human Resource Professional designation replaced the MBA, and Golden Apples in Silver Settings, Little Copper Pennies series, and Remarkably Ordinary replaced Model Answers for MOB.


I've found that dreams never die. They evolve. I aspire to inspire and educate, and to never cease to dream.


Newly released, Remarkably Ordinary - 20 Reflections on Living Intentionally Right Where You Are is only US$0.99 for the rest of April. Find it at your Favourite Amazon site.


Susan Harris is a speaker and former teacher, and the author of Remarkably Ordinary, Golden Apples in Silver Settings, Little Copper Pennies and Little Copper Pennies for Kids. Susan loves making new friends and answers all her mail. She was born on the tropical island of Trinidad but now lives on the Canadian prairies with her husband, daughter and the gregarious cats.
Posted by Susan Harris at 4/17/2014 10:04:00 am

You are so right, Susan. Dreams never die. Sometimes sublimation causes us to forget for a while, however dreams always lurk within and precisely at the right time they emerge. I truly believe that if God allowed our every passion to be fulfilled each time then we wouldn't have dreams. I am so glad that your dream became a reality and then blossomed into something exceptional.

How true, Glynis.
Susan, your confidence and pluck evidently showed itself quite early, in your standing up as a young teacher to your superiors at that school. But it paid off. Thanks for sharing your fascinating path to the present unfolding of your long-held dream, for which you've been abundantly well prepared. Hmm, it will be interesting to see where it will yet lead in God's plan for you. ~~+~~

You are spot on, Glynis. Dreams are ongoing and long term, as opposed to instant gratification. Thanks for your encouragement.

I've been described as spunky, Peter. I could not settle to teach the "lowest" subjects in the department, and when I'm convinced, few can sway me. I was not rude but I knew my options and if leaving was one of them, then I was prepared to exercise that choice. Fortunately, my superiors were insightful and calculated a "good" risk. I'll be sure to keep you current as God unfolds His plan in my life. As always, I appreciate the time you took to read and leave a remark.

I too, admire your determination to not do less than what you were capable of. Thank you for your sharing. It makes me want to read your books--and meet you.

Ruth, I was deeply touched by your desire to read my books. My new ebook, Remarkably Ordinary, are 20 anecdotes about my life and perhaps you could "meet" me there until we meet in person at a TWG event. You could read a free sample or buy it for 99 cents on Amazon at this link http://www.amazon.com/dp/B00JICVCQM. Thanks for cheering me on. Wishing you a blessed Easter.

Susan, I greatly admire your courage and your creativity Thanks for sharing a little of your story