I’ve just read an article from BookFox about keeping readers engaged. Being both reader and writer, this title intrigued me—writing cliff hangers for the end of a chapter.

As a reader, I want to know what happens next. I have set some books aside that felt too harsh. I’m a sensitive reader and don’t tend to pick books that portray violence. An exception to that rule, for me, was The Cellist of Sarajevo, by Steven Galloway, because the writer does not focus on the 1990s siege  itself, rather the evidence of it, where people stay inside out of fear, where there are line-ups for bread at certain times of day, when it’s unsafe to go out.

I might not have picked up that book on my own, except that I was on the book review team for our local newspaper at the time, and that was the book the editor sent to me.

The dust cover showed destruction, and I knew which war it was about. That it was far away mattered little, but I learned as I read that the writer focused on the people and their lack of hope. Sure, there were signs of war that had been all around them and gunfire still in the hills around them. Yet Galloway shows sensitivity to all that has happened and that one lone cellist who bravely sets up his music stand and chair, opens up his cello case and gets ready to play. Though I do not hear the music, I know the piece and can sense the calming effect it has on people watching. I read it to the end.

What does that have to do with us where we are now, in the holds of the pandemic? Oddly, we’re in suspense too, just before the page turn, leaving us hanging. In our minds, we question how things will look, wondering about those also who’ve had so much to lose, whose situations may have already been precarious before the pandemic was declared. And we wonder about the vaccine too (without sowing more seeds of fear).

Some people are quick to predict certain outcomes, according to their belief system. Others are afraid and anxious, and if I’m honest, I find myself there too, from time to time.

I believe that God is with us in our celebrations, when life treats us well, and in our times of fear and anxiety when we don’t know which way to turn. We read, “Do not be afraid” as angels spoke the message to a young virgin chosen to be Jesus’ earthly mother, to shepherds in the field witnessing spectacular things in the heavens, as well as to others in the pages of the Bible.

We turn that next page in our history now with a sense of mystery and suspense. The story is not over yet; there are more chapters, I'm sure. And we can almost hear those words to us, “Do not be afraid.” And we wait. 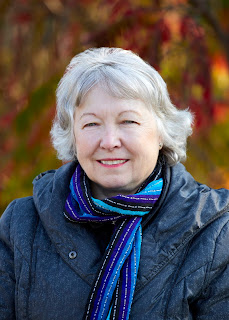 A Blast of Awe by Rose McCormick Brandon

God pulled back Heaven’s curtain for Daniel. What he saw turned his face pale and drained his strength. He gasped in amazement as the Ancient of Days sat on His throne. Daniel is the only Bible writer to use this name for Jesus. He uses it three times. The number three shows completeness, as in the Trinity.

As I looked, thrones were set in place, and the Ancient of Days took his seat. His clothing was as white as snow; the hair of his head was white like wool. His throne was flaming with fire and its wheels were all ablaze. A river of fire was flowing, coming out from before him. Thousands upon thousands attended him; ten thousand times ten thousand stood before him. The court was seated and the books were opened. Daniel 7:9,10

Writing of Christ’s birth, the prophet Micah describes Him as one “whose coming forth is of old, of ancient days” (Micah 5:2). Hundreds of years before Christ’s birth in Bethlehem, Daniel saw Him, not as a babe, but as One who is timeless, without beginning or end, One who has seen ancient times and lives eternally in the past, present and future.

Humanity creaks with age, stiffens with years and wrinkles from sun exposure. Jesus is ageless, undying, changeless, the same yesterday and forever (Heb. 13:8).

A blast of awe struck Daniel when he saw the Ancient of Days. The only appropriate response was to worship. Worship the One who takes the fear out of death, the Holy Ancient One, who was, and is, and is to come (Rev. 1:8).

O worship the King, all glorious above

And gratefully sing of His wonderful love.

Our shield and defender

the Ancient of Days,

Pavilioned in splendor and girded with praise.

Ancient of Days, we are awed to the core when we think that we, like Daniel, will meet you face-to-face in your heavenly kingdom.
* * *

Rose McCormick Brandon lives in Caledonia, Ontario with husband Doug. An award-winning personal experience and inspirational writer, Rose contributes to denominational publications and devotionals. She writes and teaches Bible Studies, authors biblical essays and is the author of the Canadian history book, Promises of Home – Stories of Canada’s British Home Children. Her book, One Good Word Makes all the Difference, contains stories of her personal journey from prodigal to passionate follower of Jesus. She is the mother of three adult children and grandmother of four.

A COVID REVERSAL by Eleanor Shepherd

On Friday morning, as I was listening to Daybreak on CBC radio, I heard an interview that gave a different perspective.
Most mornings there have been concerns expressed by both broadcasters and listeners who respond to their reports. They talk about the way that young adults who are attending colleges and universities are suffering from the lack of social contact by having to do all their courses on line.
Many young people interviewed other mornings expressed their feelings of depression and isolation engendered by having to attend  classes this way. Their concerns are certainly legitimate. However, the COVID reversal that arrested my attention was the assertion by two young people that they have found things better for them since the university provided their courses on line. These folks, a man and a woman are both disabled and they explained that with courses on line they have not had to miss one class.
The problem for them in normal times is accessibility. Not all classroom can accommodate to those with mobility issues. I was surprized to hear the young lady say that when she tried to explain to the professor that it was difficult for her to come to class because of the challenges of trying to get into the classroom, the professor suggested that she take another course instead. That does not seem fair.
The young man told how that because of accessibility issues he frequently had to miss classes and thus his grades were lower in those courses that he would normally receive. I could not help but be astounded at the difference between the experience of these young people and that of our son, John who three years after he broke his neck and became a quadriplegic was able to return to Harvard Business School to complete his MBA.
The person who was responsible for Student Affairs at the business school took the time before John returned to find out what his schedule would be. Then she went to every one of his classrooms to discover the accessibility and the best place for John to place his wheelchair when he came to class. She had the maintenance people attach a plaque to the designated place indicating that this was reserved for John Shepherd. It was one of many thoughtful measures that were taken to ensure that John was able to function to the best of his ability, given his disability. 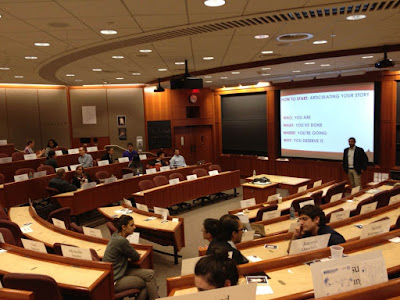 Our local universities have unknowingly done a great service for those with disabilities by making the courses available on line. Many other kind things that have been done for others both knowingly and unknowingly during this pandemic. Perhaps we have all become a little more aware of the needs of others as we try to cope with the challenges of the adjustments, we have each been required to make.
Is there a life lesson here for me to learn? Seeing quadriplegia up close has given me a much greater appreciation of how our society functions for the able-bodied. I have discovered so many obstacles for anyone who is disabled. Might this not be relevant beyond the scope of physical limitations? Maybe I need to become aware of the obstacles of those who have limitations imposed by the economic lack they have suffered, or by the opportunities they have been denied by not being part of the privileged majority.
Hopefully the time for reflection about these things, that has been afforded me by the coronavirus, will help me to ask questions. These may help me find ways to be kinder and more understanding of those who do not benefit from all that I have. If so, the pandemic leaves me with a positive takeaway for which I can be grateful.
Here is the link for the interview: