A *Swan-Song* Christmas — By Peter A. Black

The piece below is a modified edition of my final article that concluded my weekly column – P-Pep! that ran for 23 years.


Have you ever performed a ‘swan song’?
Let’s say, an operatic singer begins having problems with her voice and her vocal range isn’t quite what it used to be. She’s still a wonderful, experienced artist. However, she’s aware that it takes much more energy than before to reach the upper extremities of her range, and she has to exert greater concentration to hold them steady.
Since she’ll not be getting a new voice this side of heaven, she decides to retire, figuring that she’d better quit while still at the peak of her profession.


The peak can be a perilous place, because, to where do you go from the peak? By quitting she would avoid the embarrassment of her voice cracking in performance and disappointing her fans, or having music critics carping that it’s time she quit.
And so, she plans a retirement recital featuring a selection of her best-loved repertoire. That performance will be her “Swan Song.”


Perhaps your swan song was a speech you gave upon retirement from your workplace or business, or when moving on to new opportunities.
I’ve ‘swan-songed’ on a number of occasions. Most occurred when I was leaving pastoral charges to go to another. At the final service, in addition to my final sermon and expressions of gratitude to the congregation and so on, my wife and I would sometimes be asked to sing.


Those were usually bittersweet occasions. In the earlier days it meant tearing our sons away from their friends and school chums and the familiar haunts where they’d spent some of their growing-up years. The sweetener, though, was a sense of adventure and eagerness, despite trepidation, for taking on new challenges.
It’s not uncommon for some fun-poking at swan-song events, as emcees and colleagues reminisce, presenting generous tributes of appreciation, or engaging in ‘hot-roasting,’ as they recall comedic incidents and oddities of the departing ‘swan.’ Mild roasting was not uncommon in my case, since there’s ample idiosyncratic fodder to draw from.


I began writing this inspirational column, P-Pep! during August of 1996 in The Watford Guide Advocate. It has continued throughout the process of amalgamation with several other papers and their rebirth into the Lambton Middlesex Standard.
We’re not in heaven yet; however, it’s time for a new writing voice and a new column name. And now, after twenty-three years P-Pep! column will be gone. Perhaps the publisher will continue making this space available for someone else to – as it were – sing the praises of our Lord Jesus and offer an elevated focus to encourage our readers along their respective life pathways.


I’m still singing vocal music – mostly sacred. My voice cracks . . . a lot, and yet I’m grateful that I have health and strength still to sing and play, speak in services and visit the sick, and am blessed that my wife May shares in many of these pursuits. For now, I’ve been drawn back into a pastoral role in a country church and community ministry.
I’m grateful to the publisher for accepting my submissions and am especially grateful to Vicki MacKenzie for her skill, care and friendship; she has formatted P-Pep! throughout these many years. I’m grateful too, for you, the reader. Without you, P-Pep! would have been pointless!

As I go ‘swanning’ out of this space I pray that you will all be blessed with a joyous Christ-filled Christmas, and with a New Year that, along with its challenges, will include much cheerful encouragement, with grace and peace through Jesus our Lord.
Peter.
~~+~~


So it has been and so it is.
To all of our TWG authors blogspot contributors and readers and your loved ones: May the Blessings of God in Christ Jesus our Lord be multiplied to you this Christmastime and throughout the Coming Year, with grace and peace, through the Prince of Peace.

Peter is author of Parables from the Pond (Word Alive Press) and Raise Your Gaze ... Mindful Musings of a Grateful Heart (Angel Hope Publishing).

Barring my birthday, Christmas is my most favourite time of the year. This year I produced my first Christmas specials, and would like to share the one on YouTube with you. Simply click on the arrow in the video.

I value your time, so if you'd like to fast track to a particular segment, the time and what to expect is listed below. At the end of the schedule are photographs of the music/singers and a few of the 14 children featured in the production. I hope you enjoy it.

Wishing you a happy and holy Christmas season.

SUSAN HARRIS is the author of several books and the host of ETERNITY on Access7 television in eastern Saskatchewan. The story time segment Read With Smokey is inspired by her kitty Sir Smokey. Please subscribe to her YouTube channel and share it with your friends. https://www.youtube.com/channel/UCB30i05nvacFIJ1ciaQ0ClA 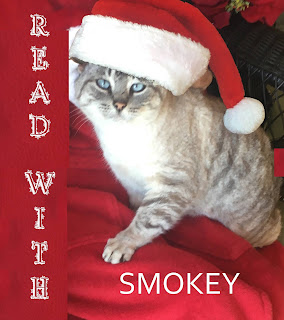 What I want for Christmas

"What do you want for Christmas?"

That's a common question at this time of year. Over the years my answers have changed a good deal. As a child, toys and games were at the top of my wish list. Gradually, I out grew toys, but the right kind of game still holds a measure of attraction.

So what do I want this year?

That question reminds me of that children's song "All I want for Christmas is my two front teeth."

The short answer is time. Yes, you heard right I   want time. Time—that precious commodity.   Everyone is running short of it. I guess that's       why I find it so valuable. How about you?

Last night I spent a wonderful evening at a carol   sing. About thirty people gathered in a spacious   living room setting and sang their hearts out. My   oldest son, Timothy, played a leading role   throughout. At one point youngest son, Joshua,   joined him for a rousing duet rendition of "Mr.   Grinch!"

What a fabulous time! In that moment this father's Grinchy heart grew by at least two sizes—maybe
three.

After a break for coffee and hot apple cider everyone gathered again and sang carol after carol about Jesus and his birth. By the time we wrapped up with "Away in a Manger" and "Silent Night" the Saviour had joined us. He was in that room just as surely as he was in that stable some 2,000 years ago.

That's what I wanted—what my soul craved. Some time. Time with Him.

So what do I want most for Christmas?

Some moments—some precious moments of time with family. And with Jesus. Christmas isn't about what's under the tree. It's about who gathers around it. And about the One who for my sake hung on a tree.

I just want some time. Some time with Him.

Wishing you and your family a wonder-filled time this Christmas.


As we approach Christmas, I remember a former pastor giving the children’s sermon and sharing the story of Mary and Joseph on their way to Bethlehem. Mary, pregnant with who we know to be the Saviour, and Joseph, closing up his shop and preparing for the journey. Our pastor told about the shepherds in the field and the astrologers (wise guys who study stars) trying to figure out that new star. And each week the figures of those key players were moved forward a little closer to the ultimate destination.

It would have been a long journey on foot for the couple. How long did it take for them to travel all that way? Did Mary ride all the way or walk sometimes too? Did Joseph wear sturdy sandals? And what did they carry with them besides a change of clothes and swaddling cloths for the baby, once it arrived. They would know, surely, that the baby would come before their return to Nazareth.

They were called by census to go. It mattered not that one had to close up his shop for weeks, or that a woman was due to have a baby. The census was called and there were no excuses. No begging off or evading it. They had to show up.

If we look into biblical history, we glean more details of the travelling time and expectations. What was it really like? How did it feel for them?

Artists fill in many details for us, how it might have looked for Mary and Joseph approaching the city, perhaps at nightfall. How did the stable look? When the shepherds got the news out on the hillside, it was probably frightening on a dark night. How many visitors came to the stable? And, indeed, how did that manger look with a newborn human baby in it?

We can imagine all we like how it was for the people in that time and place, receiving the news of a Saviour. But perhaps we could focus more on our hearts and our preparation. How does it feel to know salvation is coming? How does one prepare for such a thing? From a small baby no less, and a Father in heaven who orchestrated it all?

We might well ask, as Christina Rosetti wrote in her famous poem in the late 1800s, “In the Bleak Midwinter,”
“What can I give him, poor as I am?”
And as the poem (now to a tune) concludes,
“Yet what can I give Him: give my heart.”

Those words are still good today. Yes, that is our part for this Christmas, to give our heart.

Carolyn is a writer, editor and storyteller from southwestern Ontario, where she blogs, writes a newsletter for writers and helps people tell their stories. And spends time with family and friends.


By Rev. Dr. Ed & Janice Hird
-an article for the December 2019 Light Magazine 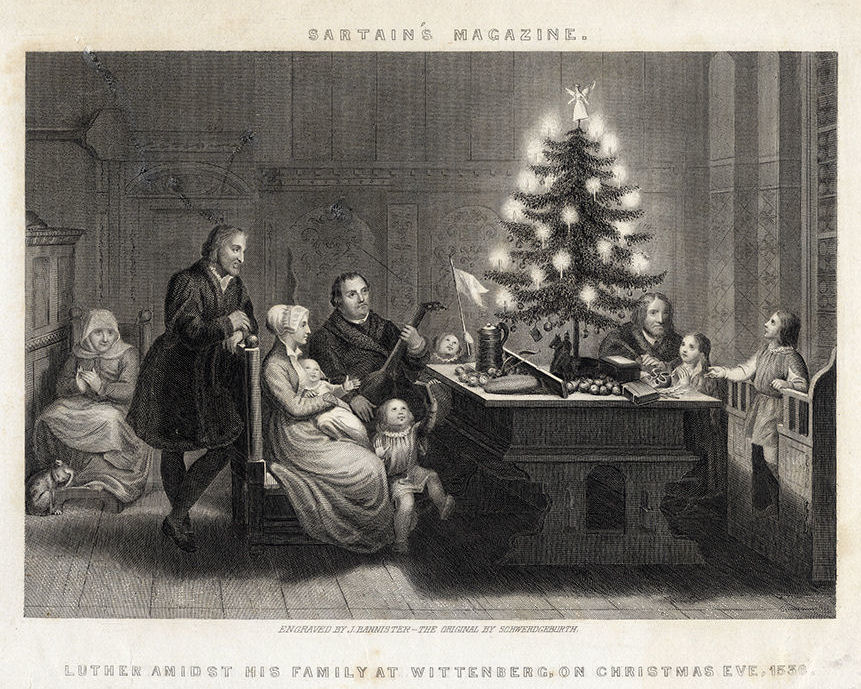