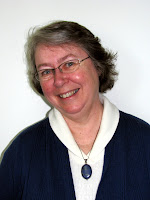 This is a quote from one of my husband’s sermons. I found the stats. surprising to say the least -
The focus of the Bible is not, as we might suppose, on the events of Christ’s first coming as Messiah, though this is certainly foundational. The focus of the Bible is on the Second Coming of Christ. “It’s been estimated that there are 1,845 references to Christ’s second coming in the Old Testament, 17 books give it prominence. In the 260 chapters of the New Testament, there are 318 references to the second advent of Christ – an amazing 1 out of every 30 verses! 23 of the 27 New Testament books refer to this great event. For every prophecy in the Bible concerning Christ’s first advent, there are 8 which look forward to the second. In short the Bible is not all about the historical Jesus, it’s about the pre-eminent, soon to return, majestic and glorious Son of God, Lord of Lords and King of Kings.

As I’ve pondered those words I’ve had a renewed sense of responsibility and accountability as a writer. These days, it seems, are indeed drawing to a close – perhaps more quickly than we know. It made me think of the a movie that released a while ago, about two old – ahem – older, gentlemen who realize they’re getting on and decide to do the things they’ve always wanted to do before they “kick the bucket.” So they make up a “Bucket List.” Not a bad idea. As a palliative care volunteer I was told to make just such a list once. “Right down all the things you want to accomplish before you die,” our facilitator said. When we had at least ten things on the list, she said, “okay, now imagine you had six months left. Re-write your list.” Then she narrowed the time again, and again, until our imaginary life-span had been reduced to only a few hours.

Writing that list gave me a valuable perspective. I realized that although writing and being published were important, they were not worth usurping the place of people in my life. Then, as I set about putting that perspective into action, I realized it really wasn’t a question of either/or but a matter of blending and balancing, and most of all, obedience.

Connecting with people became of prime importance but I came to understand that God had ordained that one of the ways in which I accomplished that is to write.
So, to return to the beginning, or perhaps to the end, what if Christ were to return tomorrow? What would I want Him to find me doing? The words loving, ministering, praying, all come to mind. And how would I do that? The word sequel comes to mind.

I have another book to write. With the Lord’s help it will be a book that will put people first, a book that will point them to Jesus, a book that will perhaps even change a life or two. As I write I will be loving, ministering and yes, praying. It’s what God has given me to do. He has put this currency of His in my hands and said, “Put this to work, until I come back.’ ” (Luke 19:13b)
****
Marcia Lee Laycock writes from Central Alberta Canada where she lives with her pastor/husband. Her second novel, A Tumbled Stone, has just been short-listed in the Contemporary Fiction category of The Word Awards. Visit Marcia's website

Why Writer's Conferences are so Important

As a writer you owe it to yourself to attend at least one writer's conference this year. My conference of choice? Write! Canada, held in lovely Guelph, Ontario from June 13 - 15 this year. I know they can be expensive, but look  at all the benefits you receive by attending:
How you feel after a conference all depends on your expectations going into one. If you expect to go to a conference, pitch your book and walk out with a signed contract - you are dreaming! You will go home feeling miserable. Good expectations are:
Of course, there are so many other wonderful things that can happen that I can't fit them all here.  At my first conference I went to, I was feeling rather down. I kept comparing myself to other writers and thinking I was horrible and should just give up. I was so depressed that I didn't even submit anything for critique, thinking - what's the point? But, God moves in mysterious ways. After the deadline passed for submissions, I breathed a sigh of relief, until they extended the deadline. Then I felt such an urgency to submit something that I knew God was nudging me. Good thing I listened. My work was critiqued by an editor of a publishing house who wanted to see the rest when it was completed. I was so excited after that weekend, that I literally haven't stopped writing since! I came home motivated to continue writing. More importantly, the Lord confirmed for me (again) that this was what He wanted me to do. I went in expecting nothing and came out with so much more.

This year I will be unable to attend Write! Canada, but I look forward to attending next year. If you are interested I suggest you visit this link and get your reservation in as soon as possible. This is a popular conference and you don't want to miss it!
Until Next Time,

God, I Don't Want To by Rose McCormick Brandon


For it is God who is at work within you, giving you the will and the power to achieve his purpose. (2:13)

Let's ask Him to do this for us.

Lord, give me your "want to" today. Re-align my perspective so that it lines up with yours.

Rose McCormick Brandon is an award-winning writer who specializes in personal experience, faith, life stories and the British Home Child Immigration period of Canadian history. Rose is married to Doug, an investment consultant, with whom she also co-authors articles on finances. Visit her blogs: The Promise of Home and Listening to My Hair Grow. Contact address: rosembrandon@yahoo.ca
Posted by Rose McCormick Brandon at 4/23/2013 12:00:00 am 2 comments: