Listening with your mind and your heart - Lindquist 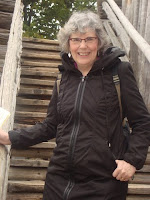 “Some people are uncoachable,” said the speaker, who was giving tips on mentoring others.

I nodded in agreement. I'd recently been thinking the same thing, and it was good to hear him affirm my thoughts.

Now, I've known for years that many people don’t want to be taught. But those aren't the ones he was referring to. He was talking about people who've actually come to you for advice and information.

The speaker said he tries very hard not to invest much time into a person who asks him a question and then doesn’t let him respond, or clearly ignores what he says, even if that person is offering to pay for his time. It's just not worth the frustration.

I totally agreed. Over the years, I’ve come across a number of people who, after coming to me for advice, clearly ignored my response. Oh, they may have let me get a few words out, but their body language and comments quickly led me to realize the question was simply an excuse for them to tell me what they thought was the right answer. I can only assume they wanted me to agree with them, and that was that. And when I didn't wholeheartedly agree, they wrote off everything I had to say. They weren't there to learn from me, but to get my affirmation for what they wanted to do, or maybe to impress me with their ideas.

It’s strange, really. I’ve never felt anyone has to ask for, accept, or act on my advice, but if they don’t even want to hear it, why waste my time by asking for it in the first place? Why not simply come and tell me what they think?

Let me give a fictitious example.

I find writers are some of the worst people for doing this. Especially new writers who have an idea (usually for a book).

So let's suppose I’ve just spoken to a crowd about some aspect of writing about your personal experiences. A person comes up and says to me, “I’m writing a book about my life. I was raised in a Christian home but I rebelled against God and my life was a mess. Then I became ill and prayed and God healed me. What do I need to do to get my book published?”

Over the years, I’ve come to realize that what most people asking this question want to hear is, “I know just the publisher for you! I’ll introduce you to the acquisitions editor, and I’m sure he'll be interested,” or “Just self-publish your book with X, and it will sell like wildfire.”

How likely is it that I’m going to say either of these things? 100% against. For starters, a good story is a dime a dozen. We all have at least one good story in us. But few of us know how to tell our story so well that others will take the time to read it, and fewer still know how to write with both creativity and excellence.

So my response is likely to contain titles of books they ought to read, joining The Word Guild, starting small with articles and stories and working up to a book, etc. Some people will listen and nod and ask great questions and go away with a few things to think about. Others will listen for a moment, but at the very first opportunity, they'll tell me they're going to go ahead and write the book their way and it will be a bestseller because God gave them the idea. Then they'll look at me as if daring me to disagree.

I used to waste my time and energy trying to help them understand the reality of the publishing industry. But eventually I learned it wasn't worth my time unless the other person was actually listening. Now, I just wish them good luck and move on to someone who actually wants my advice. It's so freeing to do that!

I used to feel that whenever I saw a need, it was up to me to try to meet that need. I always felt that I was the "responsible one." But I no longer feel that way. Maybe it has to do with getting older and realizing that my time is the most valuable thing I have, so I have to spend it very carefully.

And I also know that I have to stay coachable myself, because being uncoachable, or "having an unteachable spirit," as another person phrased it, is an all-too-common human characteristic, affecting everyone from the four-year-old who ignores her mother’s warning not to take the toy away from her baby brother, to the baseball player who won’t try his batting coach’s advice, to the doctor who won't listen to what the patient is trying to say. Any time we feel we feel we know everything we need to know about a topic, we’re in danger of becoming unteachable.

How do we avoid this?

By learning to set our own ideas aside for a time and listening with an open mind and a humble heart. We especially need to do this if we’ve asked someone for advice, if we’re talking to someone in authority over us or in a close relationship with us, or if we're with someone who might have first-hand insights into a topic we're learning.

If we assume we'll never know all there is to know about a subject, and go through life with teachable spirits, we’ll make new, amazing discoveries every day.


N. J. Lindquist is a popular inspirational speaker and the award-winning author of five coming-of-age novels for teens, two adult mysteries set in Toronto, and a regular column in Maranatha News, as well as the co-editor of Hot Apple Cider. She blogs at bluecollarwriter.com, offers advice for writers at writewithexcellence.com, and tweets at twitter.com/NJ_Lindquist
Posted by N. J. Lindquist at 10/06/2009 05:38:00 am

Oh, someone popped to mind right away when I read this! There have been quite a few, but one really sticks out in my memory. It IS frustrating!

After a while, I got in the habit of turning the question back on her. "So what seems like the right next step to YOU?"

It is hard for mentor/helper types who really WANT to see someone move forward.

Oh, my word. Yes. I know a person who self-published a book because "God told me to write this." No platform, not a speaker, teacher, nor published articles.

God spared me from having to say "No." firmly but kindly to editing this work. This writer did not want to hear constructive criticism nor any information about honing the craft of writing.

Sigh. Saying no to writers like this saves my sanity . . . and my family the need to tell me to stop muttering under my breath, "If you didn't plan to follow any of my advice or implement any of my suggestions, why on earth did you hire me to edit?"

I can relate to this as well. It all comes down to developing the character of Christ through being teachable disciplined and obedient. Those who are willing to submit themselves in that way are going to go places that others cannot follow. It is important to lead by example and remember that Christ wants it for them Too he wants us all to reach our full potential and any difficult situation is an opportunity for growth on both parts. In fact it is situations like these that cause us to grow the most.

I appreciate this blog as a Canadian living in the USA.

This is a very familiar dynamic in the music world as well. I like what Brian Doerksen says about God "giving us" ideas/stories/songs etc. -- he says God's spirit is constantly planting seeds, but we are constantly learning how to grow and weed and prune what he plants -- so we must be teachable gardeners!

Thanks for this piece.
Carolyn

NJ,
Your point is precisely what pastors frequently experience. Certain individuals go from one person or pastor to another until they hear just what they want to hear.
Claiming to be seeking advice, it seems they are really seeking approval for what they've already determined to do (or are already doing).
Selective hearing, and selective responding.
Ah, but I confess -- been there, done it!
Peter.

Dear NJ,
Thank you so much for your words of wisdom. It seems to me that as I grow older, it becomes easier for me to admit that I have so much to learn. We are also aware of the value of our time and that to take the time to listen to someone is a wonderful gift to them. Thanks for the way you take the time to encourage so many writers, including me.
Blessings,
Eleanor