If Worms Could Scream and Fish Could Cry --Peter A. Black 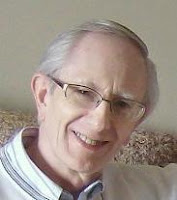 Tom loves to fish. Rod, bait and tackle in hand, he heads off to his favourite fishing spot. Coaxing an unwilling worm from its tangle of squirming companions in the cool darkness of the can, he feeds its writhing body onto the hook, piercing it again and again – multiple times, until it is secure.

Every twist and wriggle the creature makes in response to the pain results in pricking and cutting against the vicious barb, thereby increasing its suffering in its agonizing journey to the water and death by injury and drowning, or as the prospective meal of an unsuspecting fish.

How useful worms are – invaluable friends of gardeners and farmers. They help to aerate the soil, break down stubborn clay, and assist nature in converting vegetable waste into useful, nutritious compost and enriched humus, to feed the flowers that brighten our lives and enrich the food that sustains them. What harm has the worm done to deserve such a fate as is imposed on it by the likes of Tom? None, I say. None.

I’m given to understand that the lowly earthworm and its grownup brother, the night crawler – prized by many a fisher, have bodies that are highly sensitive to pain. But what if worms could scream? Out loud? Would Tom be so ready to do his deed without sparing a thought for the suffering he’s causing?

Tom casts his line, and a healthy bass glides out from the seclusion of the reeds, and launches a strike at the morsel suspended live and tantalizing before his gaze. Sweet flesh, but part rips off and he doesn’t get the whole meal because the fisherman flicks the rod, snatching it to hover a short distance away. The fish isn’t beaten yet; his meal is still in sight. He moves in again. And strike – he’s got it! Searing agony floods his being, as the concealed hook firmly lodges in the roof of his mouth. An intense but short battle between the angler and the fish ensues. It is the battle for his life.

Try as he might, that bass can’t escape the hook. The barb sees to that. Eventually he’s reeled in. Tom nets him, scooping him from the water. A strong hand grips the fish behind the gills, and Mr. Bass’s glazed eyes stare into the face of his captor. Tom proceeds to extract the hook, wiggling it this way and that with long-nosed pliers. Unspeakable pain. The fish is drowning in air now that he’s out of the water. The hook point and the barb continue to lacerate his mouth.

Finally, he is free of them. The fish is then struck dead and placed in the icebox. Tom is jubilant. This is a good catch, a handsome specimen; one that didn’t get away!

But what if the worm could have screamed and the fish could have cried, pleading for mercy in language Tom could understand? Would he be so willing to enjoy nature and the peace and quiet of a day’s fishing? Is it fair? Life isn’t fair. Many things in life are unfair.

The inspirational point? Sensitization. May we live thoughtfully and humbly, aware that, in our pursuit of excitement and enjoyment of nature, and even the acquisition of food, many creatures often pay a high price.

Our redemption cost!
Heaven’s Best suffered, nailed to a cross.
Unfair, but necessary.

~~+~~
Peter A. Black is a freelance writer in Southwestern Ontario, and author a children's / family book, "Parables from the Pond.". A version of this article was 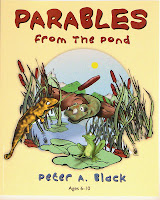 Peter, what a powerful word picture. It reminds me of my far too often casual attitude toward my Lord's suffering.

Thank you Peter.
As you will likely be aware, Psalm 22 provides predictive and poetical descriptions of the rejection and scorn heaped on our Lord, culminating in His suffering by crucifixion.
Many years ago I was struck by verse 6 ". . . I am a worm and not a man, scorned by men and despised by the people."
Earthworms -- valuable, useful and benign -- scorned, trampled underfoot, and skewered on barbed hooks . . .
I'm sure you get my drift.
Our Blessed Redeemer humbled Himself to "even death on a cross"!

We were away camping this week. Our son-in-law wanted to show our grandchild about catching fish. I’m not a fisherman and was not handling either fish or worms, but I wondered how much it hurts a fish when it is caught. I guess care is the best when taking the hook from its mouth before throwing it back in the lake. Interesting reference though. Thanks for your story.

Carolyn,
Thanks for your anecdote.
The very act of our living affects other people and creatures, and that's just the way things are.
However, being cognizant of that fact and sensitive to those so affected gives reason for pause, I think.
Also, I see the theme of and longing ache for redemption in "the whole creation," as in Paul's words in Romans 8:18-24.

Catchy title. You lured me in - hook, line and sinker. Sorry I will stop now. But a lovely, albeit graphic, thought provoker about our reckless abandon towards many aspects of life and death. I love your challenge to live thoughtfully and humbly in God's great earth. (I don't think I will ever fish again)

What a captivating piece, Peter. But I must know - do you fish??

Thank you Glynis and Carolyn A. (I've just happened on your comments.)
Ahemm (uncomfortable cough, to your question, though).
I haven't fished for years, but have been caught helping the gr...
I may post a sequel article in my slot this month that will reveal my culpability. Hmmm.