Education Week kicks off today in Saskatchewan, and I am privileged to be a visiting


author to a few schools. Author visits are not new to me, nor is the classroom for that matter, since I've had a teaching career that spanned a dozen years. What is significant about this week is that three out of fours days (I begged Thursday off) I'll be at Catholic schools.  Again, this is not new as I’ve visited several schools of this faith, even launching L'alphabet à la ferme at one back in June. Part of the significance is that I am an author of evangelical faith going to schools of the Catholic faith, and only days ago, these two major groups were the target of mockery.

The faith that so effectively educates and prepares our children to be responsible citizens has been spurned by a group that would love to be defined as responsible.  Conservative Catholicism has had its beliefs bashed as “backwards”, and as “an amazing bastardization of the faith”, where “rich friends wouldn’t understand it if they become evangelicals.” https://wikileaks.org/podesta-emails/emailid/4364

The demeaning statements sadden me, but it also spurs me on. As authors, we have a voice and an audience. We have at least one person whom we can influence, and I will use my voice to applaud the schools that chart a moral compass for their pupils. God has opened doors for me and given me great favour in both the public and separate systems, (but I emphasize the separate school here because it’s the one that has been attacked,) and I will lend my voice on their behalf. 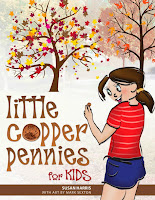 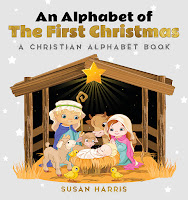 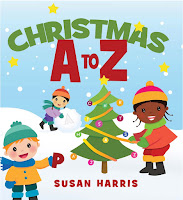 When God brings together Catholics and Evangelicals as partners, people dear to His heart, He is already setting in motion the mechanism that would turn around mockery aimed at His people, and He is counting on us to stand up to it. Who will you influence?

SUSAN HARRIS is an evangelical who loves Catholics, and the author of eleven books. She is ever-grateful to God for the continual favour she finds in both the public and alternate school systems. Her new books highlights Christmas from the perspectives of mainstream readers and Christians. She was inspired to write "An Alphabet of the First Christmas: A Christian Alphabet Book" because of her welcome to the schools of Catholic faith. www.susanharris.ca 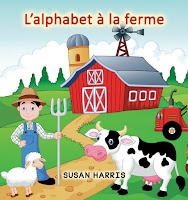 I will never mock the Catholic church, although I don't agree with certain theological aspects. After my husband's brother committed suicide 32 years ago, it was a Catholic church priest who stepped in to help us - our faith was almost non- existent. We got our beginning and that association with the Catholic church was a beginning of my faith journey. I believe God has His people in every one of our Christian denominations.

Susan, congratulations to you on your opportunities to influence young lives positively through your books and directly through your personal presentations and readings at those schools.
I too, appreciate the many opportunities that come my way to share with other believers transdenominationally. The love of God and His work of redeeming grace is far wider than we can imagine. It's good to share the light we've received and to recognize it when it shines through others. ~~+~~

I too, like you, Glynis, do not agree with certain theological postures of the Catholic faith, in fact, a lot. I use the common ground that we share to bridge us rather than separate us, and as Peter reminds, to recognize when the light shines through others.. How refreshing to hear that your faith began through the kindness of a priest who reached out to you.
Thank you both for your comments, it encourages me to write knowing that you are blessed by my words.