"He is no fool who gives what he cannot keep to gain that which he cannot lose," Jim Elliot wrote in his 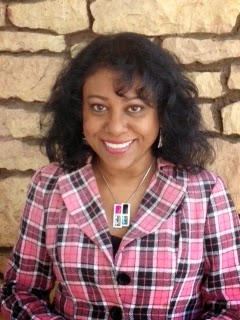 It would be accurate to say I'm attracted to the "people" industry and that attraction may have led to a career in Human Resources. Many who are serious about HR pursue the coveted CHRP (Certified Human Resource Practitioner) designation, and I decided to head there. In 2008 I was inducted into the CCHRA, the Canadian Council of Human Resources Association.

I re-certified in 2011, but since I had shifted into project management, finding credits to maintain the designation proved challenging. Relocating did not help as I had to leave behind the mentoring post that would have added valuable points.

While still in the post of project manager, I decided to return to HR, and sent out resumes accordingly. But like Cinderella's carriage that lasted for a time, those offers were no longer coming my way. It became evident to those around me that the corporate world was fast becoming a thing of the past, and a new era of writing, publishers, guilds and media replaced the HR focus in a smooth and natural flow. But I had studied hard and invested a ton of money into HR education, prep courses and formal exams. I was fond of my title that showed my proven expertise in a field where many dreaded to tread and where many failed too. I was vested in my CHRP. 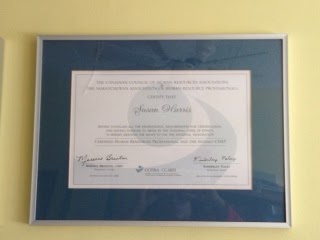 June 2014 is the month for recertification. Nothing short of a miracle would provide the 200 credits needed.

I considered volunteering but the bumps were too well placed to be coincidental. The companies I approached did not need volunteers. Some did not respond to my cold-call emails. I had spent my entire life in church but churches could not accept me as their by-laws only allowed elected members in the capacities I sought.

Recently, still searching for ideas to maintain the designation, I heard out of the blue space the whisper of a name. "Ann V."

I couldn't spell the last name but I had glimpsed the dark-haired author once on the television program, 100 Huntley Street, although I had not read her book nor even knew its title.

On her website I read two simple lines. "I had a full-tuition scholarship to university and never finished. I married a Farmer instead & came home to gravel road & cornfields." (http://www.aholyexperience.com/ann-voskamp/)

I too had married a farmer. One with emerald eyes that the stone on my engagement ring attempted to mimic. And I came home to canola fields and cats.

"GIVE IT UP," God was saying. And I was released in that moment from the designation to the destination He had planned for me.
I'll continue to be a "CHRP-less" member of the Saskatchewan Association of Human Resources Professionals and live by the ethics. I know that my love for people and compassion for humanity is spurred by the mind of Christ. I've picked up His cause as my cause, and I only need to hear from Him in order to be successful.

Are you struggling to let go?

(An excerpt from "Insights into Being Successful Right Where You Are" coming later in 2014).

Susan Harris is a former teacher in Management of Business. Her credentials include a B.Sc. in Management Studies, post-graduate diploma in Education, Diploma in Writing, Diploma in Human Resources and Industrial Relations, Certificate in Theology. She holds membership with the Canadian Council of Human Resources Association (until June 30, 2014) and notable writing groups in Canada. She is the author of four books - Remarkably Ordinary, Golden Apples in Silver Settings (White Lily Press), Little Copper Pennies and Little Copper Pennies for Kids (Borealis Press). Alphabet on the Farm will be released in the fall from Borealis Press. Susan was born on the tropical island of Trinidad but now lives with her husband, daughter and the gregarious cats in the city of Melville where she is on contract as Tourism & Economic Development Manager.

A fascinating read, Susan.
How beautifully the Holy Spirit brings that "still small voice" that settles our hearts, assures of direction and brings surpassing peace. Thank you for sharing this chapter of your story. ~~+~~

Isn't that wonderful, peace and confirmation of where God wants us to be at certain times in our lives - a gift beyond measure? Ann Voskamp lives not too far from me, and I assure you she regrets not her decision. Shine on, Star!

Lovely and so true. Follow the flow of God's great river and you cannot go wrong.

Indeed Peter, the acceptance of finality as graciously and easily could only come from the Lord. Thank you for reading and for your affirmation.

Glynis...you live near Ann V? How utterly exciting! What was astounding in my case is that I had only heard of her once or twice and the Lord used her in this totally unique way to minister to me. Can you tell her about it when next you see her? will you? My new children's book that currently being published is again a direct blessing of the farm, so I have no regrets either.

Interesting about the river, Belinda. It flows only in one direction.

Blessings on you all.

I really loved your blog, Susan. Years ago, I had my mind set on the direction I thought was right for me, when God whispered, "Be for me what you are right where you are." I have tried to do just that throughout my life. Now that I am older, God as opened doors of which I never dreamed. I too, live close to Ann Voscamp, although I have never met her. She has been an inspiration to me, too.

Obedience is better than sacrifice, Ruth, and I often wonder how those without Christ come to terms with letting go. How cool to live near Ann's farm too. Have a great evening.