Our home had been on the market for almost a year. We thought our plans were good ones. Downsizing seemed like the right choice and a good financial decision. Since we had been dealing with some health issues and needed to start thinking about a bit of a change, the plan seemed perfect.


But nothing happened. We had a few nibbles but little that led us any further than getting our hopes up for a few brief frustrating moments. We agonized over what was the right thing to do according to God. Why wouldn’t He want us to do what seemed the most sensible thing? Sell the house. Get rid of ‘stuff’. Reduce our debt load. According to budgeting gurus we were making all the right decisions. Why wasn’t our house selling? Turns out, God did know what He was doing and He was about to make things very clear. 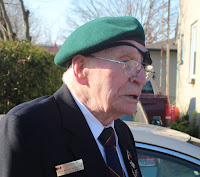 Then my father had a heart attack. He had been managing decently in his own home, although my sister and I had been taking turns caring for him and making it possible for him to stay there. It was a lot of work, but we knew Dad valued his independence and we did whatever we could to keep him happy, well-fed and safe.


But the time had come to make a decision. Dad knew he needed more help. And there was no way he would consider any type of extended care. His military background demanded certain things! Besides, I had made a promise to my parents when I was young, to take care of them in their golden years. 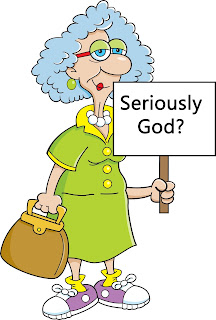 Dad was hesitant, at first, to admit that change was necessary. I can’t say I blame him. In Ecclesiastes 3, the words poetically describe how there is a season for everything. Not only that, there is a time for every purpose under heaven. I’m thinking that not only Dad was shifting seasons, our purpose was shifting, too. It wasn’t going to be easy for any of us. I had to give up my tutoring. Dad had to give up a measure of his freedom. The decision was made. He would move in with us.

It meant many changes. And quick ones, yet. Dad needed to sell his home. We talked about listing it, but then we thought about trying to sell it ourselves. Things happened. A phone call was made and before we knew it, Dad’s house had sold within the day. The day? Are you serious, God? That was my first reaction. We had had our abode on the market for a year with nary a bite and Dad’s home sells at the click of a phone. It didn’t seem fair.

But God isn’t in the business of listening to my complaining and tantrums. Because He knows the big picture and has a way of working all things out for good, He sometimes wisely overrides our plans. 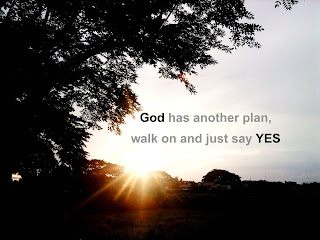 And work it out, He did. We soon realized what God was up to. If we had sold our house we would definitely have bought a smaller home and downsized considerably. And if that would have happened we would not have been able to have Dad come and live with us.

It’s been almost two years now. Dad is nearing ninety.  Things are working out well. We all had sacrifices to make as we shifted seasons together. But when I think upon how God worked it all out I am reminded of Isaiah 55:8-9.

Thank you for sharing this part of your journey, Glynis. I remember way back making the connection between your house not selling and your dad coming to live with you, and how our Heavenly Father knew what was 'just around the corner.'
I guess the ". . . Best Laid Plans" are, in fact, made in Heaven. ~~+~~