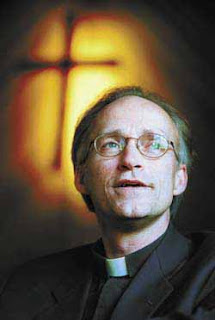 One of the best loved Christmas Carols is the 146-year-old carol: Good King Wenceslas. In 1853, John Mason Neale chose Wenceslas as the subject for a children’s song to exemplify generosity. It quickly became a Christmas favorite, even though its words clearly indicate that Wenceslas ‘looked out’ on St. Stephen’s Day, the day after Christmas. So Good King Wenceslas is actually a Boxing Day carol! For a tune, Neale picked up a spring carol, originally sung with the Latin text ‘Tempus adest floridum’ or ‘Spring has unwrapped her flowers’. This original spring tune was first published in 1582 in a collection of Swedish church and school songs.

Jolly Old St. Wenceslas
Who was King Wenceslas anyway? Wenceslas was the Duke of Bohemia 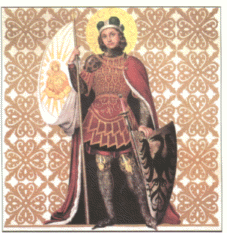 who was murdered in 929 AD by his wicked younger brother, Boleslav. As the song indicates, he was a good, honest, and strongly principled man. The song expresses his high moral character in describing King Wenceslas braving a fierce storm in order to help feed a poor neighbour. Wenceslas believed that his Christian faith needed to be put into action in practical ways. Wenceslas was brought up with a strong Christian faith by his grandmother St. Ludmila. Wenceslas’ own mother Drahomira, however, joined forces with an anti-Christian group that murdered Wenceslas’ grandmother, and seized power in Bohemia. Two years later in 922 AD, the evil Drahomira was deposed, and Good King Wenceslas became the ruler. He became Bohemia’s most famous martyr and patron saint. His picture appeared on Bohemian coins, and the Crown of Wenceslas became the symbol of Czech independence.

Intergenerational Appeal
Even as a young child, I remember feeling moved as I sung this unusual carol. Why does Good King Wenceslas have such a deep and lasting impact on its hearers? Perhaps it is because there are so many levels of meaning to this carol. A child may hear one thing, an adult may hear another. I find that I can sing it again and again, and new meaning continues to pour forth from the carol. Recently the phrase ‘Fails my heart, I know not how, I can go no longer’ really spoke to me. It reminded me that sometimes there are times in our lives when life and its stresses seem to overwhelm us, and we feel that ‘we can go no longer.’ The response of Good King Wenceslas was most interesting. He said: ‘Mark my footsteps, my good page, Tread thou in them boldly: Thou shalt find the winter’s rage freeze thy blood less coldly.’ Wenceslas reminds us that when we are all alone, life can feel very bleak. It is at such times that solidarity with another human being can help ‘our blood freeze less coldly’. Wenceslas affirms that we are not alone, and subtly points to the basic Christmas message that Jesus our Master will never leave us in the cold.

In His Master’s Steps
In the last verse are the memorable words: ‘In his master’s steps he trod, where the snow lay dinted.’ The author John Neale, an Anglican priest, shows us here that the essence of true living is learning to walk in our Master’s steps. All of us need a Higher Power to help guide us along our journey. Jesus said: "If anyone would come after me (and tread in my steps), he must deny himself and take up his cross and follow me." Our challenge each Christmas is to look beyond the toys and tinsel, to see ‘the Master’s steps.’ 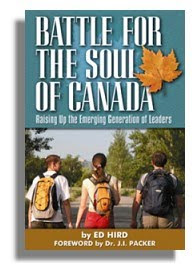 I have always loved this mysterious little carol. Now I find it even more meaningful.
Thank you for your insight.
Pam M.

Thanks, Ed, for opening a lovely window, shedding light on this joyous, heartwarming carol.