The tale of a tale - Nesdoly 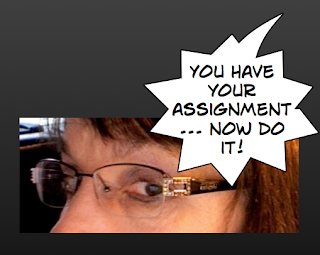 I am in the middle of doing one of the most challenging and exciting things I've done since setting out on my writing journey. You see, in November of 2011 I signed a contract with Word Alive Press to publish a novel.  So far this year I've reworked that book,  edited it, and have just signed off on the typeset interior file and cover.  In a few weeks  I'll be entering the self-published writer's strategizing-networking-publicizing-marketing fray—a place I promised myself I'd never be in.

That my first book (not counting poetry) would be fiction is another surprise. I have never thought of myself as a fiction writer. I don't daydream in stories. I never invented imaginary friends. I didn't entertain my school buddies with stories of Jim and Ann, like my best friend did, or invent imaginary animal tales to tell my kids.

And yet over the years certain characters have come to life for me. It seems to happen most often with historical figures. When I researched the life of John Bunyan, for example, I was charmed by his shy but plucky wife Elizabeth. Similarly I have written short stories about biblical characters like the little girl who was Naaman's maid, Rahab, Achan, and the shepherds that visited baby Jesus.

Another Bible character who has fascinated me for years is Bezalel, that craftsman of whom Moses said, "See, the Lord has called by name Bezalel ... and He has filled him with the Spirit of God in wisdom and understanding in knowledge and all manner of workmanship, to design artistic works, to work in gold and silver and bronze..." (Exodus 35:30-34).  Bezalel ended up being in charge of constructing the tabernacle and its furniture.

Who was this young man whom God filled with His Spirit for the arts, I wondered? What was his youth like? Did he train under Pharaoh's craftsmen? Did he have any sense that he was special? I'd like to write about him and find out, I often thought, as his back-story began to form in my imagination. Only, I knew that his tale would be more than a few thousand words.

Over the years when I would come to the end of a project and pray, God, what next? I would often think about that story. I knew I wanted to write it, should write it. Yet the project seemed too big, the research too overwhelming. And so I kept shoving it aside. Until November of 2009.

That year, I decided to take the plunge and make the writing of Bezalel's story my NaNoWriMo project. With the help of  Randy Ingermanson's Snowflake Method, I did some pre-planning. Once the month began the writing flowed and I reached the end of my narrative (and passed my 50,000-word goal) several days before the end of November.

Then—nothing. The manuscript mouldered in my files for the next year or so, even though my prayers for other writing assignments repeatedly brought me face to face with this one, still unfinished. Early last year I finally realized I would have no peace until I completed it.

The Word Alive Publishing Contest deadline of June 30, 2011 gave me a concrete date to work toward. And so most weekdays of March to May last year I set my timer for 99 minutes, 59 seconds (the max it would register) and worked at the sucker.

I declared it finished two weeks before the contest deadline and on June 15th gleefully drove my stack of papers to the neighborhood UPS depot (we were in the middle of a mail strike right then), and sent my baby into the world.

No one was more surprised than I to find, in late September, that Destiny's Hands had made the list of contest finalists. Thanks to the support and encouragement of the people at Word Alive Press I am now only weeks away from having the physical book in my hand.

If there is anything about this lengthy process that gives me courage for the daunting job ahead, it is the sense that God has been with me this whole time, helping me put this story together, keeping me interested, bugging me to finish it. I just hope my efforts won't have let Him down.

© 2011 by Violet Nesdoly, adapted from "The Tale of a Tale" first published on Inscribe Writers Online. 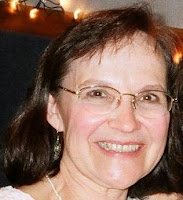 Violet - Congrats! What a great idea for a book. And it's so interesting to hear about your journey from non-fiction to fiction. Can't wait to read the novel!

Yes, Congrats, Violet. Looking forward to reading it. Hey, I'm going to be in BC in August. Wanna do a joint book signing? ;0
Marcia

Congrats Violet! I am so excited for you.

Thank you so much, Carolyn, Marcia and Laura!

Marcia, absolutely! Email your details and let's do some scheming.

Congratulations, Violet. You'll be excited when those boxes of books arrive. Celebrate and then get to work on promotion.

Ahem ... I hope it's ok for a male voice to be heard amidst the caco . . . er, symphony of female congratulatory expressions. ;)
I add my joyful affirmation too, Violet.
Wonderful!

Violet, I love the story of how you progressed to the finished piece. You've intrigued me. I too wonder about those backstage characters in the Bible. I look forward to reading the book. May all kinds of blessings be on your book.

What joy! I share the excitement with you, friend. Congratulations as you embark on this exciting journey. Blessings...

Dear Violet,
I am intrigued. It is interesting that in reading through my Bible recently, I stopped too when I read about Bezalel and thought he sounded like an interesting individual. I look forward to your story.
Thanks for sharing your writing journey.
Warm regards,
Eleanor