The Collection and A Biker Part 1 BY SUSAN HARRIS

For Peter Black, a man whose goodness I wish to emulate. 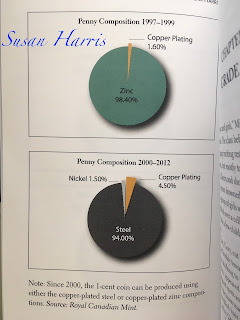 Penny Fact
1. W.H.J. Blackmore designed the reverse of the 1911-1920 penny.
2. Canadians can still use pennies to pay for items at businesses that choose to accept them, and the cent will remain Canada's smallest unit for pricing goods and services.
3. The composition of the most recent penny is 94% steel, 1.5% nickel, 4.5% copper plating or copper-plated zinc.

Penny Fun
·      Create dumb bells for exercising by filling socks with pennies and tying the open ends. Wrap them around your ankles or wrists as weights. Longer socks work better.
·      Start a hobby of collecting pennies from as many countries as possible. Storing them in coin holders or coin albums is ideal. 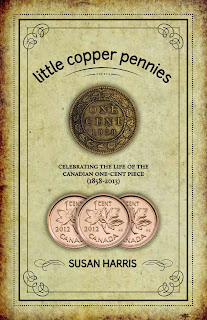 Susan, thank you for sharing this delightful episode in Copper's journey. Some really touching moments too! *Dropping, Dropping . . .* We used to sing it in Sunday School on the other side of the Atlantic and also here in Canada. Penny piggy banks and Penny Offerings for missions and various good causes really got children enthused, yesteryear. Aahh - sweet nostalgia! (Beatific smile. :)) ~~+~~

As always, thanks for reading and writing a comment, Peter. I just posted my August post and it describes some of what you commented on. I hope you will enjoy it. Blessings.