Corn beef anyone? by SUSAN HARRIS

The simple wild three-leaf clover. Green. Corn beef and cabbage. Beer and cheer. These are but a few symbols associated with the Irish tradition, St Patrick’s Day , that is being celebrated today in honour of St. Patrick who died fifteen hundred and fifty-five years ago.

The boy Patrick (birth name Maewyn www.gpb.org/education/origins-of-st-patricks-day) was a British lad who was kidnapped at age 16 and brought to to Ireland, where among other things, he tended sheep in the rugged, chilly mountainside.  Eventually he escaped to France where he converted to Christianity, returning to Ireland as a missionary to share the good news with the people who had enslaved him. Patrick used a simple object lesson to explain the Trinity to a people who found it difficult to conceive “three in one”. The common three-leaf shamrock attached a single stem clearly  illustrated the Father, Son and Holy Spirit. He attained the status of bishop while alive, and that of patron saint after his death. There is a lot more surrounding St. Patrick, myths and legends which may be challenged, an influence that is undisputed. 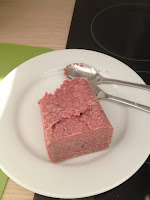 I couldn’t help but notice some parallels of St. Patrick’s and  what is found in the Bible. Like with David the shepherd boy who went on to be king and a man after God’s heart. The shamrock was as ordinary as the lily of the valley that Jesus referenced in being worry-free. The heart-shaped leaf that conveyed the Heart of the Father to the hearts of the people. Forgiveness and reconciliation to a people who could have seen as less than worthy. And how the celebrations extends beyond the Irish, embraced by the “gentiles” of anyone who wants to celebrate. Even if it’s just that one happens to like corn beef a lot. 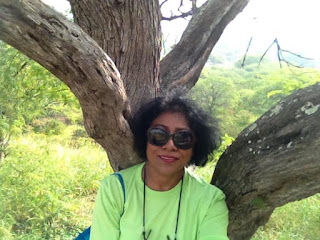 Susan, thanks for sharing this biographical overview of St. Patrick's life. While many contemporary St. Paddy's Day celebrations are a fun time, the culture at large seems to offer little recognition of his significant spiritual journey and ministry, so you're playing your part in addressing that. :) ~~+~~

I love the idea of using a shamrock to explain the Trinity.

And you like the British corned beef, right, Susan? Not the corned beef on rye meat! Used to be a staple in our British household many moons ago!

And in ours, too, Glynis. Corned Hereford beef brand, produced in Brazil, sliced and served on Ryvita, eh? These cans of corned beef are still available in Canada. :) ~~+~~

I'll confess that it's the first time I have researched the history of St. Patrick's Day, Peter, and I was really struck by his contribution to the faith of the Irish people. Thanks for reading and commenting.

I heard the explanation of ice, water and steam to explain the Trinity when I was young, Glynis, and it is cool how he used the shamrock. Nature gives us explanations for almost everything, doesn't it?

I tasted the real corn beef on rye at Costco once. I think it was calked Montreal corn beef. It was sooooo delicious. The only kind I prepare is the brand Peter mentioned, Hereford. But after eating it in France and realizing that it contains no visible fat, unlike the kind I buy locally that is white with fat, I have stopped eating it. The photo on the blog is actually what I opened when I was in Nice. I will post a pic of the tinned one I bought for St. Pad day's day.