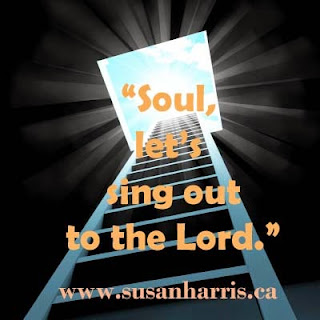 To what would we have turned in our low times had David had not written about his experiences?


When he was down, David created songs and poems to encourage himself, to take his soul back to that place of quiet in God. In Psalm 43:5 he speaks to his soul: "Why, my soul, are you downcast? Why so disturbed within me? Put your hope in God, for I will yet praise him, my Savior and my God." (NIV)


David's words, the Psalms, have taken gazillions to the highest place of worship they have experienced. The Psalms comfort, lead and offer hope.


A few days ago I was feeling discouraged. I could hardly wait for my husband to get home so I could recount in detail the unfairness that had befallen me, and absorb more of the sympathy that had already travelled through his text messages and brief phone calls. Until then, I had hours to lie on my bed and rehash the goings-on of the day.
But the Lord had plans other than self-pity, so He brought Psalm 32:3 to my mind. "When I kept silent, my bones wasted away through my groaning all day long" (NIV).

I was surrounded by silence. And contemplation. If silence ate at David's bones and rendered him desolate, would it not do the same to mine? Crush my energy and zeal to powder so that I'd become weak and bitter? Silence was my enemy, and doing nothing was its right-hand man.


The nudge was gentle but I was as convicted as if I had done the most heinous crime. I must combat this silence and encourage my soul. I went into my bathroom with its three-way mirror where there was no hiding. “Lord, restore my joy. I don't want to replay anything that’s past, in my mind.” Then I watched my reflection, hair slightly tousled from lying down, makeup still intact from dressing for the said episode that had induced the injustice, and I spoke to myself, “Soul, let’s sing to the Lord.”


Literally, in about five seconds energy burst within me and the listlessness evaporated. I turned to YouTube and searched for the worship songs that were bubbling in my spirit. My themes that evening were on Alpha and Omega, He Who Is And Is To Come, my Heavenly Father and Omnipotent Saviour, God My Creator. While the songs played, I opened my computer and typed the details of the incident, then transcribed a story about my cat that I had recorded as a voice memo on my phone on the same day the incident occurred.

The themes that revived me may not mean a fig to you, and the timeframe may be longer. But the songs of YOUR heart will combat discouragement that threatens to steal your peace, your confidence in yourself, God and in people around you. Be like David and create your psalms. And write. For as his words were health to his bones and ours, your words will heal both you and another.
(Background photo credit above - Free Digital Photos) 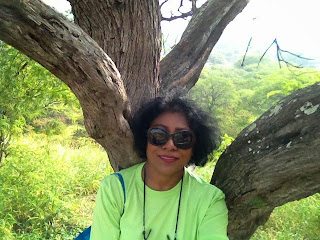 SUSAN HARRIS is the author of six books and her work has appeared in several other publications.

Good advice, Susan - thanks! May your transparency in sharing your journey of that day be rewarded. I, too, have found that singing and making melody in my heart to the Lord has often raised the tenor and tone of temperament and disbursed the mists of disappointment. :) ~~+~~

You express it so beautifully, Peter. Since all things work for good I believe the situation has already placed in its spot on the puzzle. Have a lovely day.

Thank you Susan. I have often turned to Psalm 43:5 for encouragement as well! I'm so thankful that David wrote through this discouragements and despair so that we have somewhere to turn when we feel the same way! Well said.
Pamela Mytroen

He never leaves us comfortless and always provides a way of escape. Thanks for stopping by, Pam.