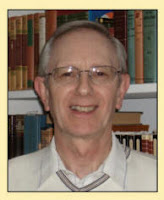 There’s no point in denying it . . . I admit it . . . that I sometimes – perhaps often – write about things of which I know very little. We’ve likely all heard the common reaction to someone’s verbal bunk, "Huh! He doesn’t know what he’s talking about!"

Even without empirical, researched statistics, we instinctively know it’s safe to say that there’s much bunk out there, in print. Do you ever cry out loud, or emit a silent scream (oxymoronic term intended) when reading or hearing of something you know is patently false, but know that people will read the mag or buy the book in the tens of thousands, anyway?

Bunk – or its fuller form, bunkum – is defined in some quarters in rather vulgar language. We won’t go there. However, we’ll have our own ideas of what presents itself to us as bunk – insubstantial, unfounded nonsense, worthless prattle, and what-have-you.

Writers are known to us – some of them, friends – whose excellent work has garnered scathing, and even hostile responses, from mean-spirited people. But what chance have I of succeeding, since I'm a writer who confesses to "writing about things of which I know little"? How should I expect to escape negative criticism on my treatment of certain subjects? Perhaps I don’t.

I have engaged (more accurately, "dabbled") in various forms of writing – from newspaper columns, poetry, and devotionals, to song lyrics, short fiction, and biographical sketches. Some of the material reflects researched information, and some reflects more personal knowledge, aspirations, and experience, while certain elements are more speculative.

An interesting realization coming to me through the writing journey (and I feel very much like a johnny-come-lately), is that even when writing about something of which I know little, the process leads me to draw, not from a complete vacuum of non-existent knowledge, but rather from a growing understanding of life based on experience, along with input from a multitude of sources arising from the realm of human existence. Perhaps that sounds like saying my bunk isn’t pure bunkum, for it contains elements of truth, based on personal and general human experience.

As one who writes out of a Christian world view and with some knowledge of the biblical scriptures, I have to be careful that I don’t espouse the idea that everything I write on matters of the spirit and faith has the stamp of truth in the absolute. One must bear in mind that so much is interpretive, and of interpretions there are many.

And yet, I cherish the notion that the Holy Spirit, who brought order out of the chaos of the primeval deep, who inspired the writing of the Scriptures, and who superintended the coming into the world of the "Living Word" – the "Word made flesh" – in the person of Jesus of Nazareth, will cause sufficient truth to reside in the words I write, as to raise the gaze of at least some weary and hungry life-traveller – from the mundane and secular to the sacred, from the material to the spiritual, and from the temporal to the eternal.

When I become aware that this has occurred, I am assured that I’ve written about things of which I do know a little, things which inform and inspire, with the potential to initiate or extend a process of positive transformation in a life.

That, my friend – at least in part, debunks the notion that I don’t know what I’m talking about!

~~+~~
Peter Black is a retired pastor, living in Soutwestern Ontario.
He's the author of "Parables from the Pond" (publ. by Word Alive Press),
and writes a weekly column in The Watford Guide-Advocate.

Hi Peter-
I think "unsubstantial" should be "unsubstantiated". Your writing is always a joy to read.
I gave "Parables from the Pond" to my niece and nephew who claim their boys want to have a chapter read to them nightly.
Wendy Reis

Thank you for your comment,Wendy.
Heh! Heh! Your editorial point had me do another take. Lo and behold, I think the word stands. This is what I believe was in my mind at the time of writing: By "insubstantial" I mean, "lacking substance qualitatively, in the intrinsic sense." (It's an alternative word to "unsubstantial.")
By "unfounded" I mean, "lacking foundation as to basis or evidential support, particularly from credible sources."
Wendy, thanks for the challenge -- even though you may still be unconvinced, for lack of substantiation -- since these are my own definitions! :)
Thanks for the encouragement, and also for news of the little ones' finding some inspiration from my Pond friends and their adventures.
Peter.

Somebody once said, "Believe half of what you see and none of what you hear." Not intended to conflict with Hebrews 11:1.