I was a perfect skinny-minny for more than half of my life. Being thin might be vogue now, something the models aim for, but it was not attractive when I was a child. In Trinidad, being thin made one a target for teasing and an almost certainty for no dates in later years. So I was taunted in elementary school about my little body, and as a result I never took part in sports.
Years later, at university, I discovered that I was good at long distance running, and apparently so did others. One evening while I was doing my laps a leader approached me to ask if I would consider running at inter-campus games. I'd never heard of those games—how could I when I was not a sporting person? So I kept away from the field for a week, afraid to be seen and asked again.
I was after the pure enjoyment that came from gliding over the ground in the warm breeze, wisps of hair flying into my eyes, birds and the blue sky above. One of my lecturers picked up on my jogging. He examined my dusty shoes, pointed out where I needed reinforcement based on how the soles wore out, and offered advice on the best ones for running. But I had deprived myself of the joy of running during my younger years because I believed my bones would break if I fell down. That's what the boys at school told me, and I did not think they were joking.

I always had a voice, and words were my friends from youth. When the boys bullied me about being skinny, I called them names like "dunce" and other unflattering ones that I'm too embarrassed to print but that hit home. All four of the boys were at the bottom of the class, they could barely read, and Arithmetic was a sworn enemy. And though they tried to come across as not caring, they squirmed under my retorts.
Fortunately, what I lacked in body size, I made up for in brains. My intelligence was inherited and there was nothing the other kids could do about it. Throughout elementary school, my tiny fingers wrote tests that scored the highest marks in the class, beating every child with their more perfectly-sized features 100% of the time.
My small head remembered almost every fact and figure that the textbooks contained. Dressed in my white shirt and green overalls, my frail, weak person was invincible when it came to books. Pupils were ranked as 1st, 2nd, 3rd and so on, with the lowest rank being the total number of children in the class, and I placed 1st without fail in elementary school. I was smart and I knew it, so I did not need to be affirmed through sports. While others played, I traveled the world a page at a time; without packing a suitcase or requiring a passport, I crossed the oceans like Peter Pan. A sprite who would one day write.
But before I wrote, I had to figure out how to cope as an underweight teen. If you've not thought of it, being underweight is as loathsome as being overweight, because both lead to self-esteem issues. I disliked the fact that I was not what I wanted to be. Even though I was healthy, I yearned for the extra pounds that would fill me out in the right places.
We were all naturally small and petite in my family, but I was the world's pickiest eater, so I was skinnier than my siblings. Come to think of it, there were hardly any overweight teens when I was growing up. (I think it was the healthy, non-processed foods our parents fed us.) In fact, a lot of other teenage girls were also struggling to gain weight. No one wished to be thinner - it was quite the opposite. 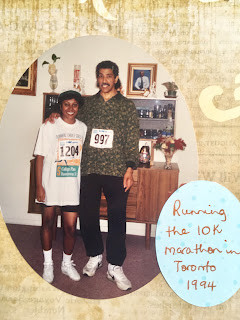 At high school, our class joker taught us a rhyme with matching actions. To imagine it, bring your fists together in front of your chest. Then move your shoulders back, extending your arms and fists apart, and bring them together again. At the same time repeat, "I must, I must, I must increase my bust." It did not work. None of us developed extra inches on our chests. Incidentally, the actions were not wasted, as they’re good exercise for shoulders and posture, and strengthen the pectoral muscles.
At university, I met Lisa (name changed) who was also struggling to gain weight. And she introduced me to a most delightful recipe for adding pounds. This might freak you out, but in our minds, Nestlé cream and sugar would do the magic. The thick cream contained 40 calories and 21% fat in one tablespoon. The tin held eight ounces of cream. Add to that sugar, then multiply it by two cans daily for a few months. The result? I only gained 5 pounds. Lisa gained slightly more, but results are results, no matter how miniscule, and soon many young women in our department were on the cream diet. Knowing what I do now, I would not recommend this unhealthy recipe.
A year later, another friend gave me a book identifying the number of calories in foods and servings. I was able to follow a 1500-calorie diet for a little while and reach a milestone weight of 82 pounds for my wedding! But I was still a skinny-minny with a high metabolic rate that used fat for energy, although I did not understand it.
In my 20’s, as an adult whose brain had finally matured, I found that others felt less blessed, and women sought to lose weight. And in the workplace, the quest to be svelte was on. One friend who I thought had it all—looks, family, career, wealth—told me how unhappy and miserable she was.
"I go to bed hungry. I have headaches. I eat so little and I'm still gaining weight." This was Andrea's (name changed) typical complaint. Her husband was angry because she refused to eat, and because the meals she cooked were watered down and not tasty. He was also upset and very concerned at the self-inflicted headaches that came about because she deprived herself of food. Andrea did not feel well enough to play with her children.
One day Andrea declared that she wanted to be like me. I had become her ideal. Me, the slight, teased girl from elementary school. 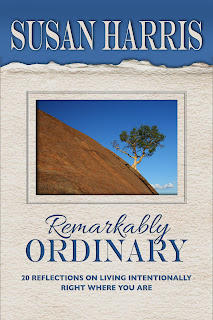 Idealism and the quest for perfection are volatile. Like quicksand they move, ever-shifting, never stable. Very few people attain a body image they are contented with, invariably driven by the comparison game to be something else. I've been there, and I'm here now, and this is what I know:
My friend Andrea was losing her self-control, and was making poor decisions driven by destructive behaviour. Many people of both sexes want to be thinner, but too often they use methods that are not healthy. In wanting to take control of their weight, people may lose control over other aspects of their lives.
Using a formula I found at this website (http://www.healthstatus.com/cgi-bin/calc/calculator.cgi,1)I calculated that for 5'2", an ideal weight is 122 pounds. But I've never been ideal by world standards, and except for pregnancy, I’ve never been that weight.
I weigh myself when I remember. I've cut back on carbs and sweets and step up on protein and exercise. And the "exercise" part does not come easily, it's still a challenge, one I have to be deliberate about.
Looking after one's body takes a combination of proper eating and exercise, along with support from family and friends. The emphasis on body image is beyond what it should be, but it cannot be totally ignored. One thing I do is take the parts that will create a healthier me and integrate them into my lifestyle. But what I keep at the fore is the truth that, regardless of my weight, people anywhere and everywhere will have opinions about me. But the only thing that really counts is how I feel about myself. 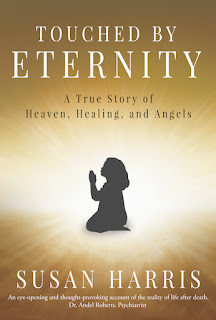 Susan Harris keeps clothes from decades because she still fits into them. The author of several books and host of Eternity on Access7 television, she has increasingly appreciated the value of a nice wardrobe.  www.susanharris.ca
Posted by Susan Harris at 7/17/2019 11:28:00 am

Despite the serious aspects of this post, Susan, for me it was a fun read, for I'm a skinny runtish guy. You cracked a few smiles on my face! with this one. :)
I'm thicker in the middle than I've ever been, but still am slightly built.
I do less serious exercising than I used to and probably much less than I ought to. I did sit-ups and push-ups and deep knee bends for decades, but never developed a six-pack, nor big arms or thighs. I lifted, moved, loaded and unloaded scores of pianos and organs (prior to pastoral service I was in the musical instrument industry), and successfully held-my-own in arm wrestling against men who were from thirty to eighty pounds heavier than I. And now I suffer the physical consequences of the folly of yielding to the male ego. Fact is - I'm of the lean and light 'kine.' It's (finally!) clear that's what I'm meant to be.
More to your point: Your story as laid out could prove helpful to those who struggle with accepting themselves in the way that nature and balanced nutrition presents them. ~~+~~
~~+~~

I'm surprised at how accomplished you are in the weights department, Peter. Kudos on those challenges to men bigger than yourself. I am a lot less brave. I smiled at your reply.

I was thinking of the Israelites and Goliath the giant. Yep, we come in all shape and sizes for the glory of God. Blessings on your day.