THE TUMBLING by Susan Harris 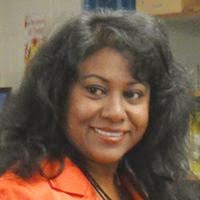 The answer came four months after I screeched when I opened the wardrobe, my eyes popping in their sockets.  Hours before I had skimmed a post on the TWG Facebook page. "Did you know that TWG has a prayer team that intercedes for... Email us at (address) and let us help."

I clicked "like" and moved on. I'm passionate about prayer, but I was more frequently in the role of "pray-er" than that of "prayee". I couldn't remember when last I had solicited prayer for serious matters. And it never crossed my mind to share my specific situation.

I was praying one morning last September when the thought dropped: Ask the TWG Team to pray. Unobtrusive but gently persistent. Out of sheer obedience, I clicked some keys and hit a "Sent" button: I had listed a few generalities, underscored the need for confidentiality, and asked for prayer regarding a meeting that was about to take place. Considering the time zone where I lived and the province that I associated with the response, there was a very slim chance of this request being read on time. But why would He persist that I send an email if no one would be picking it up promptly? Still, I comforted myself that God never slumbers, and the outcome would be favourable even if I was the only one praying.

But the reply arriving a few minutes later reinforced that perhaps the TWG Prayer Team does not slumber either. With the reassurance that they were lifting my need and agreeing for specific outcomes, I headed for the shower.

Along with the flow of the water came a corresponding flow of praise. The cat generally ignored both my tunes and me, so I freely belted out a refrain from an old hymn, "The sound of praise on higher ground."

A breakthrough was happening. I was as certain of that as I was of my name.

The prayer of the faithful team had wafted upwards to Heaven. 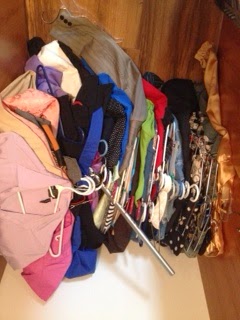 The refreshing time came to an end and I headed to the closet. It did not contain the desired outfit so I moved to the wardrobe next to it and opened the door. That's when I screeched, and froze. Or did I freeze, unfreeze, and then screech? Whatever the order, the cat strolled in to check.

Blazers and blouses rested in a heap on the floor. One of the flanges that held the bar had snapped, and the silver rod surrendered its colourful tenants. Reds, blues, greens, pinks, greys, blacks. Solids, dots, and stripes. And the gold silk top I had bought in San Diego clung to the wood, its arm still raised in victory.


As with Joshua, the Israelites and the walls of Jericho, I believe that the Team's intercession had broken through to Heaven, confirmed by the clothes that tumbled down.

I shared the photo with the team and thanked them for their support. The meeting was a success, and the need for concern was gone. Or so I thought until November. What appeared to be an easy fix resurrected with new disillusions, like a wedding feast drenched by monsoon rains. Only then did the full impact of the symbolic parallel of Jericho's victory hit me. The Lord KNEW I would need more than Scripture to cling to, and as He did with Moses, and Gideon, and perhaps with you who are reading, He sent the physical sign with a collapsing steel bar before my spirit could become overtaxed. Thus discouragement did not root in my heart and I did not contact the prayer team with the new developments.

The New Year rolled in and with it, a fresh new solution. Beautiful and final like the new wardrobe to which I transferred my apparel. It was over.

I had sent a note written in a flash, no doubt bespeckled with editorial humbugs to the Prayer Team, and received eloquent affirmations and encouragement. And a sign from Heaven to fortify my faith.

In Daniel chapter 10 we read about the Prince of Persia intercepting the answer that the messenger was bringing down from Heaven. And that Michael the Archangel came to assist in the wrestle. A 21-day battle ensued between the Kingdom of Darkness and the Kingdom of Light. Fellow TWG-er, therein lies the power of intercessory prayer. To battle the princes of the air that set out to intercept the answers sent down by God.

I believe God hears our prayers the very first time we utter them. I also believe that there are times when we need to pray a second time or a third time, waging war in the heavenlies, calling on the armies of the Lord for reinforcement. I am convinced that while Satan excites mischief, God executes His perfect will. And I'm grateful to the men and women who stand in the gap.

I don't know everyone who takes my needs before the Throne, but I know the names of those that come via email. I've added their names to my list and ever so often I whisper God's peace over them.

Susan is also the author of Golden Apples in Silver Settings. Find her at:
http://susanharris.ca
https://www.facebook.com/SusanHarrisCanadianAuthor
https://twitter.com/SusanHarris20

Oh how I agree that God hears our prayers - He even knows what we are going to say before we utter them! Thanks for this focussed post confirming the power of prayer (and sorry about the tumbling clothes!)

That He does, Glynis. The fact that I didn't even complain about transferring the clothes was another sure point that this was miraculous. Not to mention that only two days earlier we had brought the new wardrobes to our house, from another house that we were planning to renovate, so it was all aligned and planned by God before we even prayed. How neat is that. Thanks for your kind words of affirmation.

Thanks for sharing this episode which, as Glynis remarked, is focussed. The serious subjects of prayer and life's tensions, along with resolution and praise, told with a touch of humour and colour.
A great encouragement to all pray-ers!:)
~~+~~

Pray-ers are unsung heroes, Peter. Thanks for being one, and thanks also for your unfailing encouragement and support.