Commercials and television ads define their products with slogans.
The Coke ad says, “Coke is it.”
KFC says, “We do chicken right.”
One hairdressing salon has a sign, “Curl up and DYE.”


God has a signature mark and it is ‘GOOD’.
Jeremiah 29:11 describes God’s plan for us as GOOD, and this is echoed in the pages of Scripture.


The account in Genesis 1 is on creation, and God’s signature mark is consistent:


Verse 31 summarizes, “And God saw everything that He had made, and, behold, it was very GOOD.”


God’s slogan is IT IS GOOD. Goodness stems from His character, His flawlessness, His inability to be anything other than good. The word ‘good’ means of ‘of a favorable character or tendency.’  Hence it is consistent with God’s nature to have plans for us that are GOOD.


If you are inquisitive like I am, you might ask, “Why good? Why not better or why not best?”

A class by Himself


By being in the class of Good, God was making a statement that He is the Alpha and Omega, He is the great I Am, He is the Rose of Sharon, The Bread of Life and The Strong tower. God was announcing what all false gods know… that He is singular.


Good is a good bar and I am contented with good. When I realized that in God "good" is the standard, I stopped striving for higher. And in so doing I've unintentionally done my best. 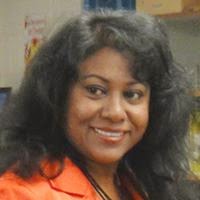 
BIO: Susan Harris is a speaker and former teacher, and the author of Golden Apples in Silver Settings, Remarkably Ordinary, Little Copper Pennies and Little Copper Pennies for Kids. Her first submission to Chicken Soup for the Soul is published in Chicken Soup for the Soul: The Cat Did What? edition which releases on August 19, 2014. The story is called "Smokey's Lock-out". Remarkably Ordinary will be released in print in the fall. Her children's picture book, Alphabet on The Farm will also be released, in both English and French. Susan was born in exotic Trinidad but now lives on the Saskatchewan prairies with her husband, daughter and the gregarious cats.
Posted by Susan Harris at 8/17/2014 01:09:00 am

Thanks Susan, for the refresher English grammar lesson . . . Long time since I'd heard those adjectival clarifications! And thank you for these great insights. Hmm, The Gold Standard - God Himself. ~~+~~

Not that the authors on TWG need a refresher, Peter, but I copied the extract from my book which was written for non-writers. I'm glad the insights were insightful to you, an author yourself.
It brought peace to me in my then never-ending quest for the best. Good is god and God is good.

Nice (recognizable) post, Susan. I hadn't really thought about God's goodness from a grammatical POV before. Well said. And a good reminder for writers and non! (P.S. I added your photo. I hope that is okay!)